Recently I was invited to an exclusive tasting and dining experience at La Tagliatella in Midtown Atlanta. You may have noticed the restaurant located on the corner of Peachtree Ave and 8th Street in the heart of Midtown. Well, I’ve passed by La Tagliatella quite a few times since I’m always heading downtown to attend an event, so I was somewhat familiar with it… Let’s just say that I knew it was an Italian restaurant at the least. 😀 And since I consider myself a foodie (in training) I was always very curious to know what dishes were being served inside that ‘Italian place’ on the corner. Needless to say I was super excited to finally get a chance to try La Tagliatella since I’d been stalking the place for quite a while. 😀 Now I must admit that before I visit a restaurant I do a little Google’n to see what’s on the menu, and often times I stumble on a few reviews. So I did what most nosey curious people do… I scrolled threw a few of them. Most hinted at the lengthy and somewhat complex menu… “Too many options” was a resounding cry from patrons. With that in mind I was a little skeptical about what to expect from La Tagliatella. I also read that La Tagliatella had recently undergone quite a few changes since opening this flagship US location, so as you can imagine my curiosity at this point was at full on “anticipation.” So much so that this was beginning to feel like a scene from the movie Ratatouille, where the food critic Anton Ego interrupts the news conference to announce his impending arrival at Gusteau’s the following day. Ego warns, “I felt it only fair to give you a sporting chance as you are new to this game,” Ego then insists… “I will return tomorrow night with high expectations… Pray you don’t disappoint me!” Exit scene.

So, with high expectations in tow I arrived at La Tagliatella, that “Italian place on the corner,” craving what Ego would adamantly refer to as “fresh, clear, well seasoned perspective.” Upon entering La Tagliatella I was immediately captivated by the ornate décor. Heavy carved wood treatments on the walls and ceiling along with rich tapestries and mosaic tile work throughout expressed an Old World European ambiance of charm and authenticity. I absolutely love the shaded lighting, and the beautiful floral scrolling details were a nice touch. Ok…so I’m easily impressed by “pretty” things, and La Tagliatella with their fabulous décor has my full attention. 🙂 After being seated, our waiter Will gave my husband and I a thorough overview of their new menu. Will explained that the new menu makes pairing pasta and sauces much easier by simplifying the selections and it also offers suggested ‘favorites’ for undecided diners. I thought the idea was wonderful since not knowing what’s popular on an unfamiliar menu can be unnerving. In addition, Will stated that all of the ingredients are fresh, with many imported directly from Italy to preserve the authenticity of the flavors. Fabulous!!!

Up first were the wine and spirits. I’m a light drinker, so I like to keep my sips on the smooth yet flavorful side. Will suggested I try the Sangria Emilia which consists of Cabernet Sauvignon, blood orange syrup, pineapple juice, brandy, and fresh blackberries. I love Sangria so I was all in. Hubby went with the Pisa Pesca Bellini which is Villa Sandi “II Fresco” Prosecco, white peach syrup, and lemon zest. Now, I truly believe that “Caring is sharing.” I also subscribe to the notion that “What’s yours is mine.” So after sipping that fabulous Sangia and tasty Bellini, hubby had no choice but to surrender both drinks to me. 😀

To kickoff this tasting adventure was a trio of tasty Focaccia breads with tomatoes, green olives, and onions; each offering its own unique flavor-filled experience. The focaccia’s crispy crust and doughy middle were absolutely amazing on their own, but magical when dipped in olive oil. Talk about love at first bite! (Queue self hugging moment) Next, Will suggested we try the Caesar salad stating that we would be pleasantly surprised. We opted to add salmon to our salad… (I love salmon by the way). I must say that when the salad arrived “surprised” was not what came to mind…Shocked was more like it! The generous portions were literally jaw dropping. The Caesar salad was a wonderful mix of fresh greens with solé di Puglia tomatoes, anchovies, shaved Parmigiano-Reggiano and croutons. The salmon was perfectly cooked while the slices of Reggiano were a lovely contrast atop the colorful greens and luscious reds of the tomatoes. The presentation was so perfect that I didn’t want to disturb the visual by poking my fork in for a bite. But alas, I soon gave into “taste temptation” and eagerly obliged my taste buds. 😀 The pies were next on the menu for course #2. This is where things can get tricky for me. I love pizza, but there are so many options that it’s easy to fall back on familiar flavors and not try new combinations. As Will explained the various combinations one pie in particular on the menu caught my eye. It’s called the Tagliatella, and it’s one of the restaurants signature pies and a ‘favorite’ among patrons. Comprised of tomato, mozzarella, fried eggplant, Parmigiano-Reggiano, and drizzled with honey and balsamico glaze, the Tagliatella offered a mixture of flavors that were unexpected and a new experience for me. Hey, if others loved it–it must be worth a bite, so I decided to give it a go.  The thinly sliced egg plant and balsamic glaze gave the Tagliatella a nice sweet taste. Hubby went with the Salume (another favorite) which is tomato, mozzarella, oregano, chorizo, dressed with a fresh cracked egg. He loved the Salume, especially the fresh cracked egg…(he loves eggs btw). The presentation of both pies left me speechless…see for yourself (I will give you a moment to pick your jaw up from the floor). 😉

Course #3 was all about the pasta. The pastas are handcrafted which adds a nice footnote to each selection. Will suggested the stuffed Cuore filled with butternut squash along with a light cream Carbonara sauce. Hubby opted for the stuffed Tortellone and Casalinga sauce which consisted of Italian sausage, mushrooms, tomatoes, pine nuts and Mascarpone. Ok…if the decadent flavor of the Carbonara sauce didn’t steal my heart, the ‘heart shaped’ Cuore definitely did. I’d give you the deets on how Hubby’s dish tasted but he didn’t put his fork down long enough for me to get a bite. 😉 The final course was a sweet surprise…literally! Desserts are by far my biggest vice, and the dessert menu at La Tagliatella only added to my weakness for decadent delights. The desserts featured several familiar Italian fares such as Tiramisu and Sorbet (Sorbetto al Limone) that are comfort choices for some, however I wanted to finish my palate with a few new flavors. I decided to try the Cioccofondente which features Mascarpone ice cream with melted chocolate & chocolate crisp. I also sampled the Bocconcino which is a fresh cheesecake and custard combo, as well as the Quatrro Piccolini Gelati which as its name suggests features four decadent gelati flavors. I opted for the strawberry, coconut, and Mascarpone for my Gelati. Will suggested I add the chocolate gelato which truly deserved plating all by itself. It was sooo divine! Let’s take a moment in memory of those four scoops; all of which lived a short yet fulfilling moment in my mouth. Each of you will be sorely missed. 😛 After our tasting adventure through the flavors of northern Italy, we were escorted on a guided tour by the restaurant manager Steve, who gave us some insightful details on the restaurants design concepts. Steve also mentioned La Tagliatella’s wonderful Happy Hour specials and he also showed us their patio area that’s would make the perfect space for socializing… and snapping a few selfies with friends (of course). Steve was very friendly and accommodating and thanked us for stopping by. From fare to flair, La Tagliatella offers an authentic experience served with charm and sophistication. One can easily associate this caliber of cuisine with overly priced and tiny portions. But don’t make that assumption here. The ambiance is truly inviting and the food is very welcoming and equally fulfilling. As Anton Ego so eloquently stated “the new needs friends…,” and I left La Tagliatella feeling truly honored to have made its acquaintance…Finally! And just as Ego summed up his dining experience at Gusteau’s, “I will be returning to ‘La Tagliatella’ soon; hungry for more!”

La Tagliatella offers two locations in the Atlanta area; its flagship US location at 933 Peachtree St NE in Midtown and another at 1540 Avenue Place Suite B-280 at Emory Point. 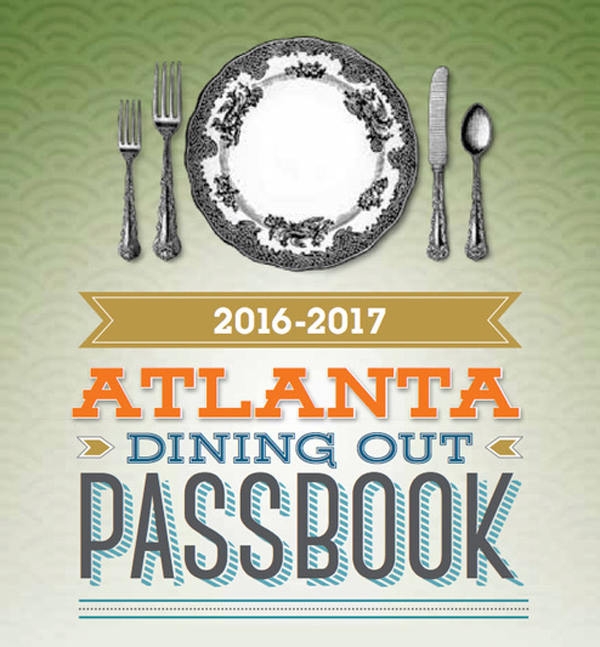 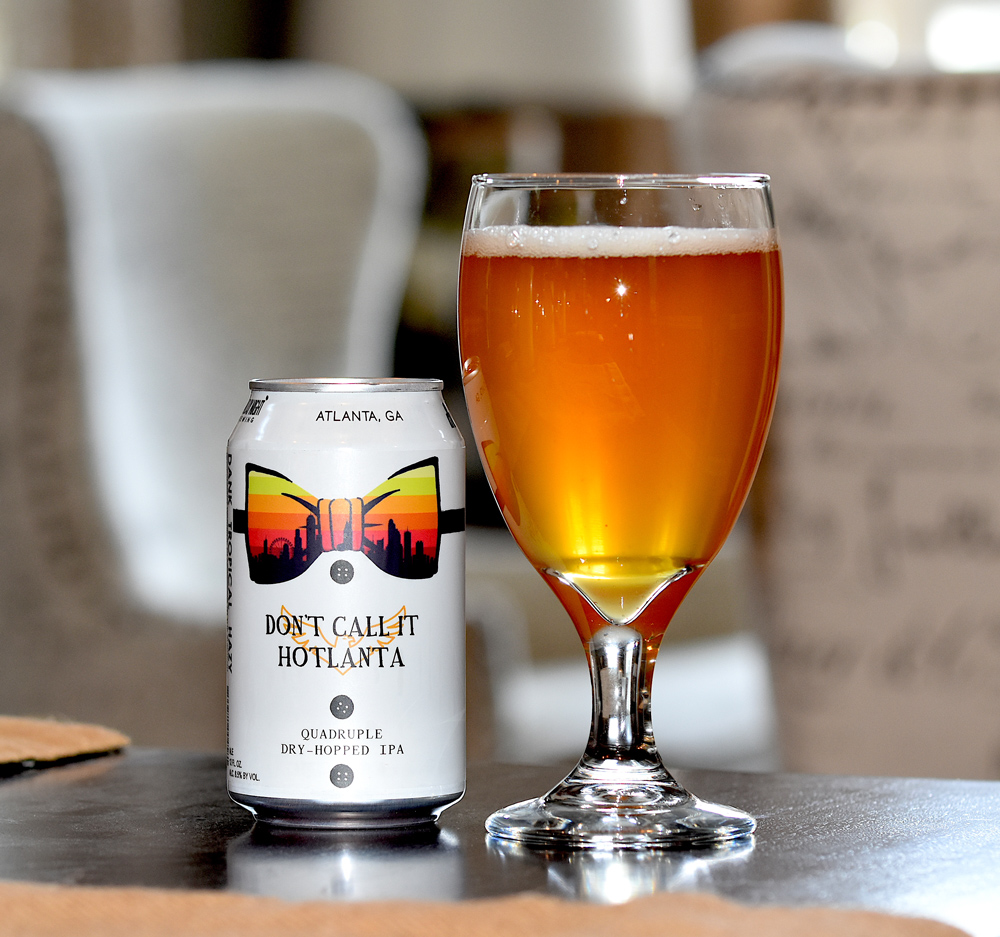